Our lovely Ninja Dan Bradley organised this quarter’s social event. Dan had the brilliant idea of doing an Escape Room! 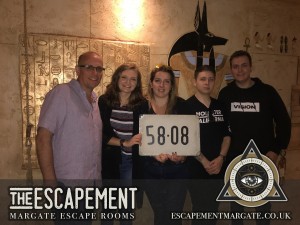 The Ninjas headed down to the Escapement in Margate on Saturday 2nd June. The Escapement has two rooms – Egyptian Exodus and Pirates of Polaris. With the huge success of the two rooms they are opening up their third room this Summer – The Pit!

Egyptian Exodus escape room – the aim is to find and restore the missing canopic jars and allow the Pharaoh to pass safely into the afterlife in order to make the escape. BCS Ninjas had to turn into archaeologists for the hour in order to escape. This wasn’t a normal escape room, it required the use of all of our senses; smell, touch, sounds and light.

The Pirates of Polaris escape room is all about navigating the stars and the seas to figure out how to sail the ship through thunder bolts and lighting back to land! The crew was thrown into the brig and had to find a safe way to land. 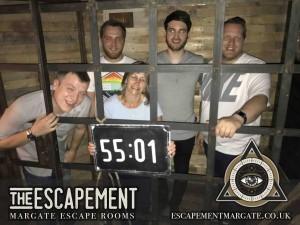 When we arrived, we were welcomed by the escapement’s lovely staff, Mica, Lewis and Dave. The clearly explained what to expect in the rooms and they were very passionate about the experience they gave to their customers. 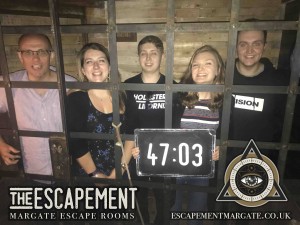 This meant the competition was really on for the next round! The teams swapped rooms. This really threw a spanner into the works… The losers of the first round absolutely smashed the pirate room, by escaping in 47.03 minutes and the other team escaped in 67.09 minutes.

However, it isn’t all about the winning (especially if you were on the losing team), we all had a brilliant time in the Escape Rooms. And the fun didn’t stop there.

After using our brains, we needed to eat. Our Ninja’s headed to Café de China in Margate for a lovely Chinese. 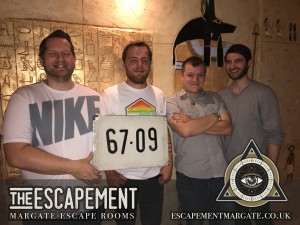 A massive thank you to Dan B for organising the event, it was brilliant! Also, a huge thank you to Mica, Lewis and Dave, the staff at the Escapement, our day wouldn’t be the same without you! And Café de China for a lovely meal.