We love our customers and the relationships that we have built with them! As a way of showing this, the team at Business Computer Solutions like to put on comedy evenings and invite all our customers along, as a way of saying thank you for their partnership with us. It’s also a good excuse for a catch up!

On Wednesday 21st November we hosted another great comedy night in Broadstairs and what a night it was! This time we were in a different location, but it was the same great comedy!

Everyone headed over to the Pavilion in Broadstairs for a night of laughter. Dan Evans was our brilliant compere and three fabulous comedians David Whitney, Chris Stokes, and Steve N Allen provided an evening of hilarious entertainment! 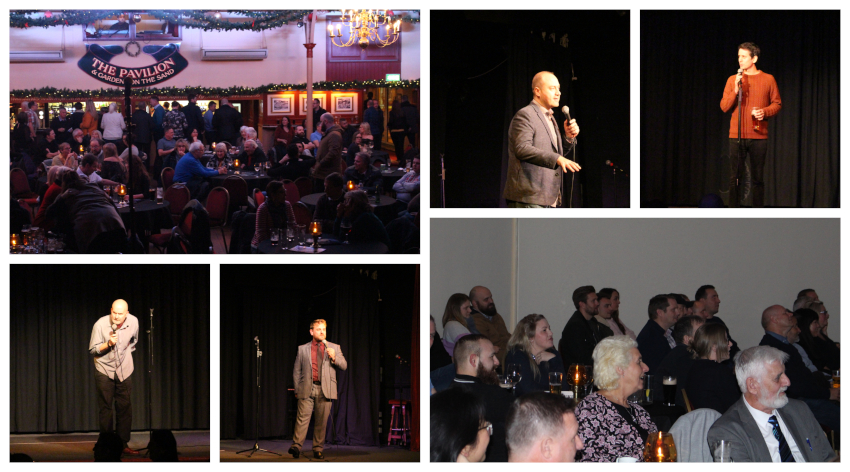 We would like to say a high thank you to all the comedians who made our evening a night to remember and all the staff at the Pavilion – Dan and his team were great!

Also, a massive thank you Kevin Precious for sourcing the comedians on our behalf.

Thank you to everyone involved. Roll on the next comedy night!