Customer Service focused! Christian enjoys giving back to the community and being able to do so in his profession is always a bonus. Lifelong gamer and techie! Recent father to his gorgeous son (Lucas). Broadway and Disney enthusiast alongside his partner Jessica. Late bloomer into the tech industry as he could never decide between pursuing a career in cooking or computing!

Chef Christian
Christian is a self-taught chef having previous jobs as a patisserie and baker. Focus more recently on Japanese and French cuisines.

Semi-Pro Gamer
Christian has always looked for the competitive side in games and won’t stop until he feels like he has reached his potential – Recently finding success as a semi-pro in a game called “Team Fight Tactics”.

Favourite Movie
Lord of the Rings – Favourite film since he was a child and still stands to this day!

Coffee Enthusiast
From his previous job as a barista Christian has a keen eye for a good cup – Favourite coffee at the moment is a Sweet Iced Latté.

Wannabe
Much like the Spice girls Christian enjoy singing – shame no one else like the sound! Spends evening singing to his son with his partner (who is much much much better than me).

Bonus Fact
Christian is the current undefeated arm-wrestling champion at BCS (Dan D and Martin Hynes himself have been taken down) Updates to come! 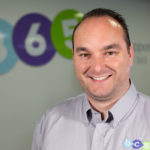