Shares her house with a menagerie of pets, oh and her partner. Fortunately, they are all house-trained… well except for the partner (work in progress). Often to be found with friends with a glass of sparkling bubbly in hand (and a little bit tipsy). Rachael can frequently be heard to say that she works to be able to travel, as she wants to see more of the world after getting the traveling bug following a trip to New York back in her teens. Rachael likes to bring sustenance to the team by bringing in homemade cupcakes, because she loves a bit of baking and also she likes to spoil them a little bit.

Ex-Teacher
In a past life Rachael was a Secondary School Maths Teacher, before she realised her passion was in Finance. However, working with teenage boys eased the path to working in the Male dominated world of IT.

Disney Lover
She loves nothing better than spending a Sunday morning curled up on the sofa with a blanket and a Disney film on the TV, preferably Beauty and the Beast.

Marathon Runner
Among her achievements in running (earning herself a collection of 5K and 10K medals), Rachael has also completed a Half Marathon, raising money for Cancer Research in the process. Very proud of herself she was too.

Arty and crafty
Rachael has completed many a cross stitch since childhood, and would now like to learn to crochet in preparation for making baby blankets.

Avid pop music lover
She loves attending concerts, particularly if Take That are performing, and she doesn’t care if that’s a bit sad. Bit of a karaoke queen too, who loves belting out any 90’s pop classics. 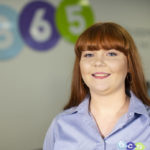 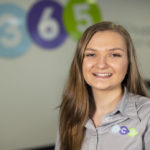