Last night we had the pleasure of watching Paul Sinha at the Theatre Royal for our first BCS Comedy Night since March 2020!

Here at Business Computer Solutions, we like to show our appreciation to our fabulous customers by putting on an evening of comedy a couple times a year. This is our way of saying thank you for working with and supporting BCS!

After rescheduling due to the pandemic, we all gathered again to watch Paul Sinha and his new show called Hazy Little Thing Called Love.

A trained medical doctor who is perhaps best known as ‘The Sinnerman’ on the hugely popular ITV quiz show ‘The Chase’, Paul has been a successful comedian for a number of years. As a club comedian, he has played every major comedy club in the UK, performed in eighteen other countries across the globe, and been three times nominated for Best Club Comedian at the Chortle Awards, winning in 2014.

Paul’s unique take on his Parkinson’s diagnosis and fighting adversity was a deeply hilarious and reminded us all to take the bull by the horns and live life to it’s fullest! 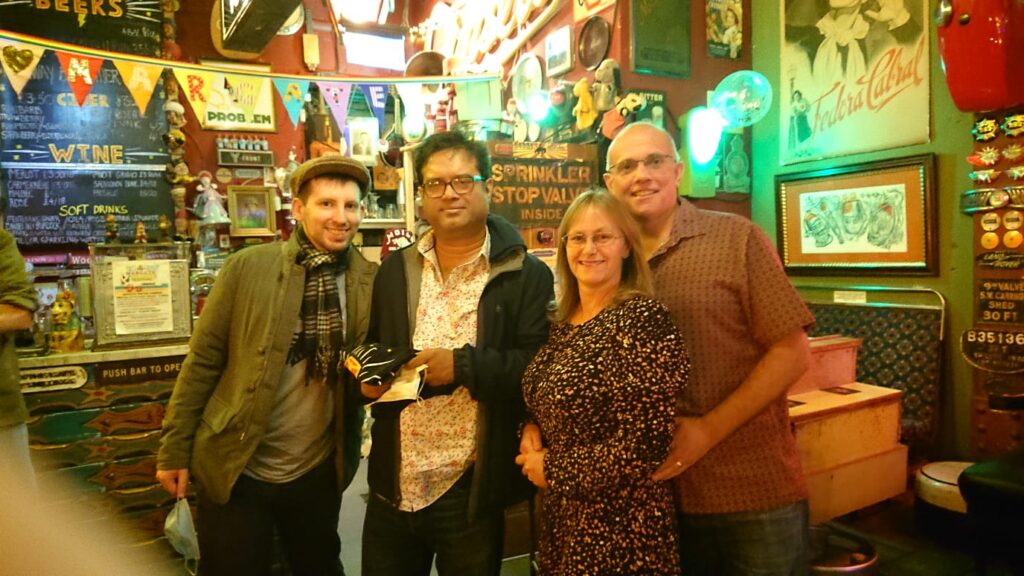 Our chairman and vice-chairman, Gareth and Sam, even joined Paul and his husband Oliver for a soiree at Fez in Margate, who continued the evening of laughs and were very accommodating to the celebrity status in the room!

Many Thanks to the Theatre Royal Margate  for their hospitality and all their hard work to put on a great show every time!